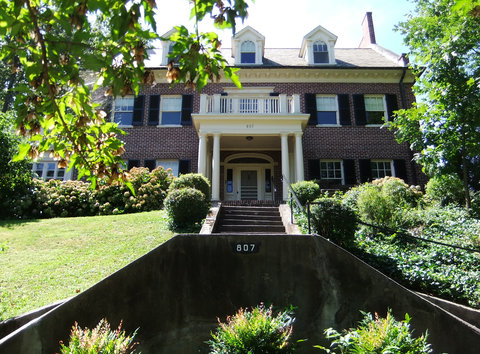 The New York Times is running an eight-part blog series in its Opinionator column written by Olivia Judson, a biologist and writer based in London, on her experience with packing up her parents’ house in Baltimore after the death of her father. It’s called “the Task.” Dealing with “the stuff” is, in my opinion, an annoying aspect for the next of kin. For every meaningful item, there are twenty pieces of stuff you would rather not deal with. The whole process of cleaning out becomes metaphorical to your grief, your relationship with your dead loved one, and to life and existence itself in sometimes ridiculous ways.

I’ve heard all kinds of stories and debate even amongst the bereaved about when and how to clean out. Some people clean out everything instantly. Some people resolutely make a shrine by removing nothing – which in my view is a terrible way to go because the effect is simply to pass your task of cleaning out to some other next of kin.

When you tackle the Task, you struggle constantly with the value of things. What’s this worth to you? Is it worth something to someone else? Is it worth something to anyone? What’s it worth to your dead loved one? You don’t want to disrespect them, you think. Of course, sometimes you think, they didn’t think about you by being such a pack-rat! Then there’s the stuff you find you didn’t expect. And there’s the stuff you’re looking for that you cannot find.

My parents’ house at one point was so cluttered up with stuff that I joked that when it came down to it, I was just going to burn down the house for the insurance money rather than clean up their mess. I tried to sell my sister on it as a plan but she would just laugh and roll her eyes. So much for that though anyway. Not only did I clean up their house but I’ve been so involved in its upkeep and renovations for years now that I’m paranoid that something might happen to it before it gets fully back into proper shape.

However, I still have one little part of my father’s closet to clean out and he passed away almost four years ago. And as for the things of my sister who passed away last spring, the two car garage houses only one car because the furniture from her apartment and boxes of her stuff that wouldn’t fit inside the house is there. It was only a year and a half ago that I packed up her apartment and arranged a move while she was in the ICU. I spent a month driving in exhausted circles between her apartment, the house and the hospital. When the move finally came, the movers did the furniture on Friday and Hurricane Sandy hit the following Monday and there was no rest as we were plunged into a ten day blackout. It’s probably going to be some more time before I have the energy to revisit all that stuff.