In the late ’90s, I worked on a film called “Infinity” with Matthew Broderick and Patricia Arquette and screenplay written by Matthew’s mother, Patricia Broderick.   The film was about the early years of physicist Richard Feynmann.   There were no bongos or womanizing in the film and it wasn’t until later that I discovered Feynmann was a bit of a rounder. I came across this flowchart recently and was amused all over again. 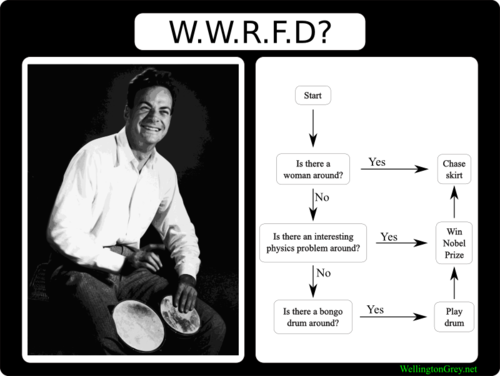